Migrating from RxJava 1.0 to RxJava 2.0 and Learn RxJava by Examples 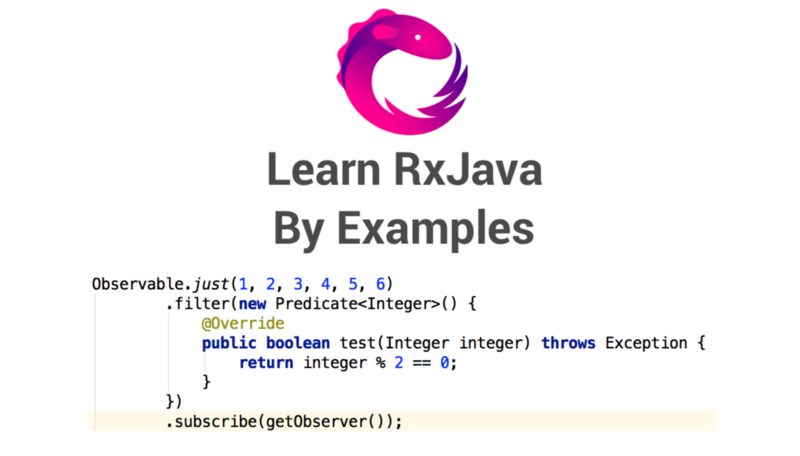 This article will help you learn RxJava 2.0 by example. It will also show you how to migrate from RxJava 1.0.

If you are just getting starting with RxJava, here’s a sample project to learn it with examples. You can dive right in, build the project, and start learning:

RxJava 2.0 has been completely rewritten from scratch on top of the Reactive-Streams specification. This specification itself has evolved out of RxJava 1.x, and provides a common baseline for reactive systems and libraries.

Because Reactive-Streams has a different architecture, it mandates changes to some well known RxJava types.

If you look at this project, you’ll find the following:

Here are a few important RxJava operators that are covered in the project, and what they do:

RxJava is a Java VM implementation of Reactive Extensions. It has become the single most important skill for Android development.