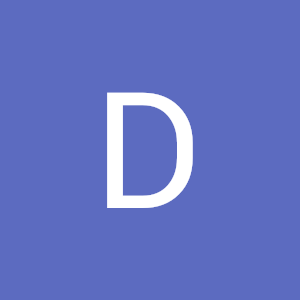 Note: This article is part of the advanced Room series which covers all the details about the Room persistence library. You can read all the articles here:

So, let's get started.

This article covers how we can define the relationship between entities in Room persistence library.

Since SQLite is a relational database, entities can have relationships between them. In Room, entities cannot directly reference other entities because it might cause loading unnecessary data every time.

Still, sometimes, you would want to reference other entities from your entity. You can achieve this in multiple ways.

You can use the @Embedded annotation to represent an object that you'd like to decompose into its subfields within a table(entity). You can then query the embedded fields just as you would for other individual columns.

The table representing a User object then contains columns with the following names: id, firstName, street, state, city, and postCode.

If an entity has multiple embedded fields of the same type, you can keep each column unique by setting the prefix property. Room then adds the provided value to the beginning of each column name in the embedded object.

In the above example, fields of an object are decomposed into an entity. In case you want to represent relationship between multiple entities, you cannot use the @Embedded annotation.

You can use either @Relation annotation or foreignkeys parameter of @Entity annotation for defining the relationship between two entities.
Both of them are different from each other in such a way that @Relation annotation can only be applied on a non-entity class whereas ForeignKey is used on an entity class. Also, ForeignKey affects the schema of an entity that requires that the child column(s) exist in the parent column(s). @Relation is used to join the tables without affecting the schema of tables.

You can define the relationship between entities in 3 ways:

For example, consider a music streaming app where the user has a library of songs that they own. Each user has only one library, and each library corresponds to exactly one user.

In the above example, User and Library are the entities which have a one-to-one relationship. One of the entities must include a variable that is a reference to the primary key of the other entity(userOwnerId in Library entity).

Now we can query our database in the following way:

This method requires Room to run two queries, so add the @Transaction annotation to this method to ensure that the whole operation is performed atomically.

In the previous music streaming app example, a User can have multiple playlists. Each user can create as many playlists as they want, but each playlist is created by exactly one user.

As we can see, the approach is very similar to one-to-one relationship, the only difference here is in the relationship model(UserWithPlaylists). Instead of containing a single child entity, it now contains a list of child entity. Querying the database is also very similar.

A many-to-many relationship between two entities is a relationship where each instance of the parent entity corresponds to zero or more instances of the child entity, and vice-versa.

In the music streaming app example, each playlist can include many songs, and each song can be a part of many different playlists. Therefore, there should be a many-to-many relationship between the Playlist entity and the Song entity.

Now, the next step depends on how you want to query these related entities.

Querying the database is similar to the previous approaches.

This is all about Entity Relationship in Room. Hope you enjoyed this blog. In the next blog, we are going to learn How does Room work internally?